How did Tetris get so popular

Home /Gaming, Internet, Psychology/How did Tetris get so popular 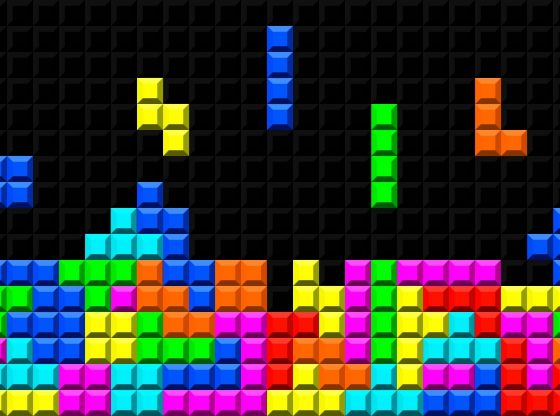 Even in the dark, even with your eyes closed, you can see bricks falling again. Bricks, but also small colored blobs which nobody knows exactly how they ended up there.

Tetris is back and, as in its time between the end of the 80s and the mid 90s, we are unable to resist it. Correction: in reality, Tetris had never really been absent.

The famed video game has recently returned to the forefront with Tetris 99 on Nintendo Switch. It is celebrating its 35th anniversary this year. But did you know that it gets its name from a sport?

This puzzle video game works on fairly simple rules: pieces of different shapes called tetromino, made up of four small squares, appear at the top of the interface and gradually descend.

The player must stack them as best as possible so that they fit together and, when they form a line. The line then disappear to free some space for more pieces to come.

Seemingly simplistic, this video game has managed for more than 35 years to seduce many generations of gamers, until making a comeback in 2019 with the Tetris 99 on Nintendo Switch, which allows you to play games online against others players. It’s all about being quick and strategic.

Tetris was invented in 1984 in Moscow by Alexey Pajitnov, a Russian engineer. He was inspired by his favorite game, the Pentomino. This is a category of board games that is played alone or in groups. It involves placing puzzle pieces, of different sizes and shapes, on a grid of 64 boxes, in order to fill all the boxes. He then programmed all the basics of the game that we know today as Tetris.

As the official Tetris website specifies, Pajitnov coined its name from two words: tetra (which means four in Greek) and tennis, which was none other than … his favorite sport.

The word tetra was chosen because the puzzle pieces imagined by the engineer, tetraminos, are all made up of 4 small squares: their shape varies, but not their surface size.

Tetris first gained popularity in the USSR, then in Hungary when Pajitnov sent a floppy disk to a Hungarian colleague, before expanding to Europe and North America three years later.

Pajitnov had imagined Tetris while working for the Soviet Academy of Sciences, so the game technically belonged to the state: that’s why the state organization Elektronorgtechnica had sales rights.

Robert Stein, a British entrepreneur visiting Hungary in the late 1980s, spotted the potential of the game and won license fees from Elektronorgtechnica.

According to the New York Times, Tetris was the first Soviet game to be sold in the United States. For his arrival across the Atlantic, a specific cover was created to give the game a more sophisticated aesthetic, reported the NYT in 1988: we note in particular the inverted R in the name, as well as the image of a palace with a soviet feel.

Games to feed the mind

In the midst of a controversy over the recognition of addiction to video games as a disease, a study has just revealed that video game activities requiring an evolutionary effort, such as Tetris, promote the ultimate state of concentration.

According to researchers at the University of California, playing Tetris would help get the flow. No, it’s not about being able to rap like Bigflo & Oli, but rather entering the same state as after taking LSD.

Do not worry, since it is a question of reaching an optimal concentration, without parasitic thoughts, to feel only a deep well-being. What is also called in French “mindfulness”.

Video games like Tetris meet these conditions. That is to say evolutionary games, where the difficulty increases gradually. The brain therefore takes the time to adapt to the rise in level, and to the requirements that follow.

Concentration, speed of reaction, … We can witness similar situations by following events such as the Tetris World Championship which saw the victory of young Joseph Saelee.