You Must Visit Greece 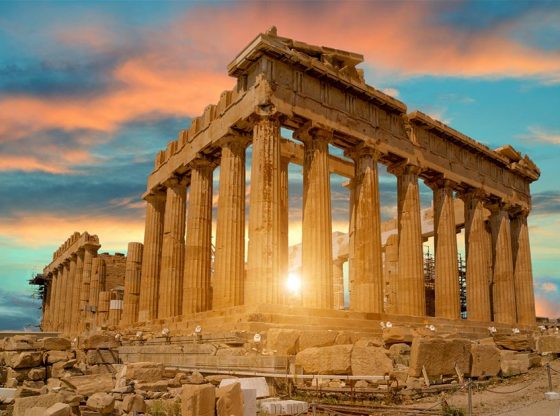 If you thought Greece was a great location for a beach holiday and little else, you’ll change your mind when you rent a car there.

True, all that powdery sand flanked by flower-strewn white cottages, sapphire skies, and even bluer waters are enough to keep you drawn to the beach for a while, but when you’re ready to explore, Greece is a venerable treasure chest of historic sights and dramatic scenery, all ready to be discovered in a rental car.

Driving in Athens is only for those with nerves of steel, but luckily, its must-see attractions are easily navigable on foot.

Walk to the Acropolis to see the Parthenon, one of the most-visited destinations in the world. You should also visit the Acropolis Museum for its exceptionally fine sculptures, and the Theatre of Dionysus, the birthplace of Greek drama.

Other delights include the National Archaeological Museum, with its stunning jewels and gold masks. After that, you could head to the Ancient Agora and the Kerameikos Cemetery, to see how the ordinary folk of historic Athens lived.

Santorini is as fabulous as the guidebooks say. Succumb to the charms of its magical landscape, a legacy of what may have been the biggest volcanic eruption in world history.

See the caldera (huge volcanic crater) and its massive curtain wall of multi-hued cliffs, and welcome the evenings with their spectacular sunsets. Crowds flock to the northern village of Oia for its uninterrupted views of the evening horizon, but there are quieter sunset viewing points right around the caldera.

Mykonos is a sparkly island with a camp reputation, but under the glitz is a delightful and fun resort where hedonists, celebrities, and poseurs mingle happily in the maze-like streets of Mykonos town.

Escape the incessant partying at the island’s handful of secluded beaches, and linger among the chic bars, restaurants and shops.

Northern GreeceTourists may be familiar with the Greek islands, but the northern mainland is perfect for a scenic drive.

One superb route winds from the lakeside town of Ioannina, capital of Epirus, through dramatic mountain scenery to the monasteries of Meteora, six miraculous and magnificent structures balanced on 400-metre-high sandstone stacks. Another recommended driving route takes you from the lakeside town of Kastoria, to the stunning and secluded Prespa Lakes, shared by Greece, Albania, and Macedonia.

Drive 178 km northwest of Athens and you’ll arrive at one of the biggest tourist attractions in Greece.

The ancient Greeks based the centre of their world on a dizzying cliff edge here and called it the Sanctuary of Apollo. Now, visitors flock here, but the location remains breathtaking, despite the constant influx of tour buses.

Greece’s biggest island, Crete is also probably its most interesting. Even if the very mention of history makes you yawn, you cannot fail to be impressed by an island that contains not only the legendary birthplace of Zeus but also Minoan palace ruins, Byzantine monasteries, Venetian forts, and ancient mosques.

Hania is an inspiring Venetian port city, and the capital, Iraklio, is one of Greece’s most vibrant. And if history and exciting cities don’t do it for you, there’s always the celebrated (and reputedly life-extending) Cretan cuisine, stunning beaches, and spectacular mountain scenery.