Why is India handling COVID-19 so well 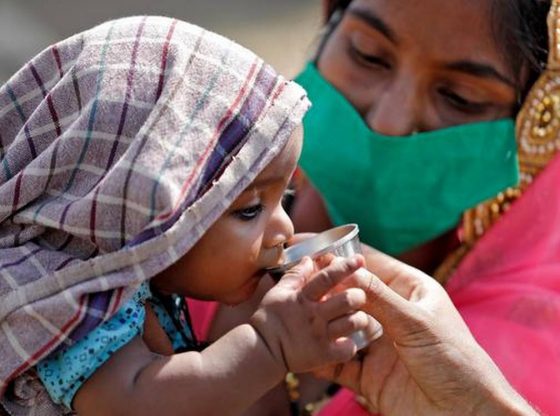 Many feared a massacre.

Certainly, India, which has 1.4 billion inhabitants, was obviously not going to be spared from the Covid-19 pandemic. But the figures for the health crisis turn out to be much less catastrophic than expected in the continent-state: 90,648 confirmed cases and only 2,871 deaths as of today, according to official data.

A relatively low mortality rate if compared in particular to that of France (nearly 28,000 deaths since March 1, for a population of just 66 million inhabitants).

Should we doubt these figures?

At the very least, they should be put into perspective, according to experts at the French Institute of Pondicherry . The number of deaths and contaminations is underestimated in the country, they believe. First, because the low availability of tests automatically excludes a large part of the population from these statistics. Then, because the death toll relates to those that occurred in a hospital environment, but many people in India do not die in a hospital bed.

That said, it would be necessary to at least multiply by 10 the number of deaths to reach those of France. Proof that even if the indicators are imperfect, India still seems even less affected than many European countries.

An asset for the country, the youth of its population

How to explain this observation?

The first hypothesis raised by scientists is based on the low age of the Indian population. The median age in India is 26, compared to 41 in France. Barely 10% of Indians are over 60 years old – compared to more than 25% in Western Europe – which would explain their reduced vulnerability to the virus.

Another possible explanation is that regular exposure to illnesses may have had physiological effects on citizens. There are billions of bacteria and viruses floating in the Indian air … These populations have been able to develop a certain immunity to these threats.

Other hypotheses also point to the role of tropical climate and humidity which would limit the spread of the virus. However, at this stage, few in-depth studies have made the link between the climate and the Covid-19.

The only certainty is that the Indian government reacted very quickly to the threat. Fearing the worst, the authorities imposed widespread confinement on March 25, while the country officially counted only 600 contaminations and a dozen deaths.

Finally, one factor may have played in favor of the Indian giant: the first patient was identified on January 27 in the state of Kerala, probably one of the regions most prepared to face the pandemic. This communist state located at the southern tip of the subcontinent had banned from March 23 all flights to its three international airports. Above all, Kerala has good health facilities and one of the best education rates in the country, which may have made it easier to understand and follow the instructions.

Finally, the region is used to health crises. In 2018, they had already faced an epidemic of Nipah, a virus causing significant respiratory and neurological disorders and which, like for Covid-19, could not be cured by any treatment or vaccine. The infection had killed 17 people in the region, but handling the crisis had been hailed as a success story in the rest of the country, according the Indian daily The Hindu.

This earlier test therefore served as a test before facing the Covid-19, two years later.

For all these factors, Kerala is a bit of an Asian success story. It appeared as a favorable breeding ground to limit the spread of the virus.

Hospitals on the verge of suffocation

But will that be enough? As the weeks pass, the contamination curve progresses in the country. Unsurprisingly, the foci of infection are concentrated in megalopolises like New Delhi, Bangalore and Bombay, even if now no district in the country is untouched by the virus. Bombay remains the city most affected by the epidemic, with 17,000 confirmed cases, 621 dead and hospitals on the brink of asphyxiation.

Amateur videos revealed the scale of the crisis in megalopolis hospitals on May 6, showing bodies of people who died from Covid-19 wrapped in plastic bags and left in the midst of other patients with the disease. What put any excess optimism on the management of this crisis into perspective.

In India, the inequalities in access to care are so great that the gap between the life expectancy of a rural resident and that of an urban dweller is around 30 years.

Not to mention that further contamination could highlight material deficiencies. By way of comparison, in 2017, the country had only 0.7 doctors per 1,000 inhabitants, compared to 1.8 in China or 2.6 in the United States. In the face of the crisis, a 1000-bed hospital is planned in a commercial area of ​​Bombay, and intensive care units are installed in schools.

But investments are still proving very meager in the country. Public health spending represents around 4.7% of GDP, compared to 11.5% in France, while moreover nearly 150,000 people die each year in India due to a problem related to access to care, according to WHO’s figures.

The country is not made for containment

The partial lifting of the containment planned for May 17 promises to be a new challenge.

One of the risks is that all the immigrant workers who have moved to megalopolises will return to their countryside with the virus. Was it necessary to leave India behind? The equation is complex, especially in a state where the rate of informal work is exploding.

The country is not made for confinement: a third of the population lives crammed in slums and cannot respect the measures of physical distancing. In the same way, 90% of the citizens live from informal work, and therefore need to go out to earn a living otherwise they literally die of hunger.

The partial lifting of containment will be accompanied by a gradual return of transport and certain agricultural activities (fishing, planting, etc.). In this context, some experts predict a peak in the epidemic by June. The worst is surely not over yet. In India, if you ask for a mask, they laugh in your face.