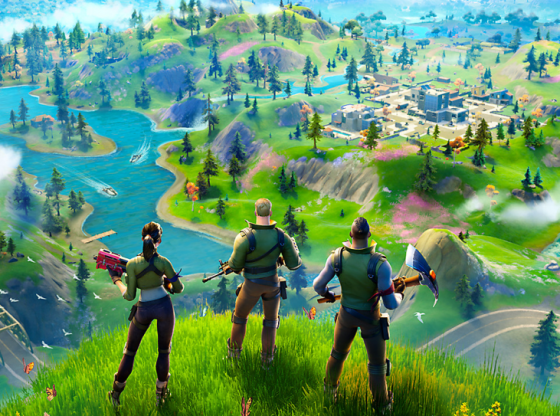 PlayStation Store is full of free downloadable titles for your PS4. Here is our selection of the best of them.

No need to put your hand in the wallet to complete your collection of PS4 games.

PlayStation Store is full of great titles that you can download for free, from intense battle royale games to funny and frantic fighting games. Whether you want to create your own superhero, explore the depths of space or simply challenge your friends, here are the best free PS4 games available on the market.

Arrived in February 2019 in the world of Battle Royale, Apex Legends brings a new breath to this genre popularized by PUBG and Fortnite. It offers tactical team gameplay in which twenty groups of three players compete to be the last to stand. Apex Legends sets itself apart from the competition with its gallery of characters with radically different abilities (in the spirit of Overwatch), giving you an endless array of strategies for your team.

The game’s great communication system lets you mark locations, weapons and enemies for your teammates without saying a word. What spoils nothing, the fluidity of the movements and the intensive exchanges of fire seem so natural – after all, it is the team responsible for Titanfall who is behind this title.

Despite strong competition from titles like Apex Legends, Fortnite still stands out as a cultural phenomenon for a variety of reasons. This multiplayer FPS features 100 players parachuted onto the battlefield, ready to loot weapons and accessories before fighting until there is only one soldier or faction left standing.

But this title is distinguished by the integration of Fortnite’s own building mechanisms, an exciting principle by which you will create traps and fortresses as you fight for your survival. Fortnite remains one of the most complete games of its kind, through constant updates and special events, such as new skins, changes to maps or even live concerts in full play. Its colorful and cartoony graphic style also contributes to making it an excellent Battle Royale for the youngest players.

Dead or Alive 6: Core Fighters lets you try out one of the best fighting games of the year before you buy it. But this is not a limited demo – although you are limited to a series of characters (who rotate periodically), you can still indulge in each mode of this frantic fighting game, including the mode training, online clashes and even part of the story mode.

Dead or Alive 6 evolves the iconic franchise with a new gauge system that lets you launch a devastating attack, while delivering the best graphics in the saga to date. And if you like the title, you can then buy individual characters à la carte, or adopt the complete package, with the entire gallery of heroes.

Most Moba games (Multiplayer Online Battle Arena) place you as an aerial observer, but Smite decides to place you right behind your character, which you can choose from among the hundreds of pantheon gods around the world. You jump and fly in battle against opposing heroes and their minions in order to destroy their Titan and win your match, while destroying opposing towers along the way.

Smite is an easy game to take in hand thanks to its automatic settings which allow you to increase your character’s abilities and buy objects. However, you can have fun defining a strategy by deactivating these settings and looking at the huge list of characters, 108 in number, to choose your favorite champion for each role. The MOBA / third-person action game combo makes Smite a unique and well-made experience that may make some players want to try a new genre of video game.

Do you remember Gwent, the card game from The Witcher 3, where you spent more time than the main quests themselves? It is now the subject of a stand-alone version. Continuing line by line from the original game, Gwent is a free-to-play game in which you collect cards, customize your deck and invoke all types of attacks and spells to devastate your opponent.

Even if you’re not a fan of the CD Projekt Red heroic fantasy world, Gwent is still a fast-paced, free-to-play free game that all collectible card game aficionados should try.

If you like Capcom’s Monster Hunter series then Dauntless is for you. Solo or in a team of 4, you will have to hunt down and defeat huge beasts, then bring the loot you have collected at home to improve your equipment. The rendering in a very cartoon style is quite successful, pleasant enough to watch for players looking for their next target, one of the many Behemoths creatures.

In addition to the standard mode, you will have the opportunity to try climbing, a series of 5 battles where the stakes and the difficulty will escalate so that you and your companions can really prove your hunting skills. There are also weekly routes that cause changes that can give your meetings a new twist.

DC Universe Online is a massively multiplayer online role-playing game that lets you create the hero or villain of your dreams in the DC universe. The game features an original story, about time travel, invasion of extraterrestrials and iconic characters like Lex Luthor or the Joker, with a fluid combat system, in real time, where you trigger (and customize) all types of superpowers and weapons. You will have to go to the cashier to discover the next chapters of DCUO, but you can have a lot of fun without paying a dime.

It would be easy to think of Paladins as just a clone of Overwatch at first glance, but this team shooter has its own strengths – and it costs nothing. Paladins distinguishes itself from the mass of shooters featuring heroes by letting you personalize your characters with the help of trading cards, which reinforces the strategic aspect of the battles, themselves based on objectives.

With its rich heroic fantasy aesthetic and an ever-growing roster of champions, Paladins is a great team shooter for anyone who doesn’t want to buy Overwatch – or anyone who needs to take a break from it.

Star Trek Online is an online role-playing game that will finally fulfill your dream of setting foot in countries where no one has ever set foot. This science fiction space adventure puts you in the shoes of a human, a classic alien from the Star Trek universe like a Vulcan or Cardassian, or even a member of your own alien race.

You will engage in both spaceship battles and ground clashes, while immersing yourself in a rich history, which can enrich the knowledge of the most relentless Trekkies. If Star Trek Online encourages you to buy in-game currency for new outfits and ship skins, you’re free to go through the whole story without spending a dime.

Warframe has been around since the launch of PS4 and the game continues to evolve. This sci-fi online shooter puts you in the shoes of a futuristic ninja who commands his own Warframe – a robotic, remote-controlled jumpsuit that has its own attacks and abilities.

Team up with friends to take on the missions of the game or test your strength in online multiplayer. Warframe benefits from regular updates, with new characters and new content (including a recent expansion that adds a full open world to it), making it a great choice for anyone who likes to loot and fight their way through. a universe of science fiction, with large blows of laser pistol.