Travel Tips When You Are Visiting Holland

Home /Travel/Travel Tips When You Are Visiting Holland 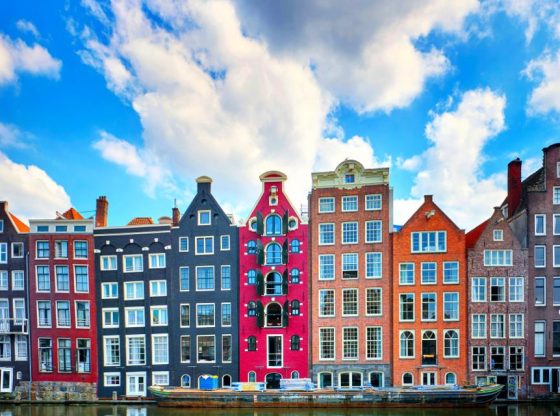 The Netherlands, often referred to as Holland, is part of the Low Countries along with Belgium and Luxembourg.

Much of the country is flat, and indeed a lot of it is below sea-level. The country is perhaps most famous for its windmills, clogs, tulips and bikes but there’s so much more to discover.

A good starting out point for an exploration of the Netherlands is the capital, Amsterdam.

This city has something for everyone, beautiful architecture, leafy avenues and a network of canals that interlace the inner city.

While in Amsterdam you can check out some its famous museums (e.g. the Rijksmuseum and the van Gogh Museum), take a canal tour, perhaps a walk through the Red Light district or visit the Anne Frank’s house. You probably won’t need a car while in the city itself as Amsterdam has excellent public transport links, including the fabled tram.

Holland Car Hire Tip – Drive on the right hand side. Luckily the Netherlands has a very well developed network of roads so getting around shouldn’t be a problem.

Although Amsterdam is the capital, the seat of government sits at The Hague and the Queen also has her residence here.

The Hague is a very important city by international standards as the International Court of Justice sits here as does the International Criminal Court and Europol (EU Intelligence). If you have no interest in these institutions then you might like to visit Scheveningen which is the premier seaside destination in Benelux.

Holland Car Hire Tip – Even with a well developed network of roads, the Netherlands is still one of the most densely populated areas in the world so there may be some heavy traffic coming in and out of cities.

Located to the south east you’ll find Rotterdam, which for a long time held claim to the title of largest port in the world.

It has been recently displaced by Shanghai but it continues to be the busiest port in Europe. Much of the historic city centre was destroyed in WWII, so as a result it has a very interesting skyline with many modern buildings. The city is unusual in Europe in that almost 50% of the population comes from a non-Dutch heritage.

In the south of the country you can find Eindhoven which is perhaps most famous for being the home of the brothers Gerard and Anton Philips.

These brothers started a light bulb company in 1891 and today that company is one of the leading electronic companies in the world. The city is also home to the premier soccer team in the country, PSV Eindhoven who play in the Phillips Stadium.

Holland Car Hire Tip – City buses have right of way at all times, even when pulling out from a stop. Be prepared to stop and let them out as they will assume right of way and pull out anyway.

Located even further south is the city of Maastricht which also gives its name to one of the most important treaties in European affairs, the Maastricht Treaty – this formed the European Union. The city is one of the oldest in the country, but it is also home to many students including large numbers from abroad so it’s a vibrant city with an excellent nightlife.

Holland Car Hire Tip – Most inner city areas are not designed for cars and in modern times there has been little effort in accommodating them. When inside a city cycling is your best option, though a car is still a nice option for between cities. Luckily many of the larger cities have extensive park & ride facilities.

Turning north and about half way up the country near the German border you’ll come to Nijmejen which is the oldest city in the country.

It dates back to roman times and is said to have been founded when Jesus was alive! Unfortunately not much of the city from that era has survived as a result of extensive bombings from both sides during WWII, but you can find many roman artefacts in the Valkhof Museum.

Continuing north you will eventually arrive at Groningen which is the biggest city in the north of the Netherlands. While here you can visit one of the many museums including the Groninger Museum, the Science Museum, the Comics Museum and the Tobacco Museum. A visit to the Martini Tower is a must-do as it offers spectacular views over the entire city.

Holland Car Hire Tip – The drink driving laws in Holland are quite strict. The alcohol limit is 0.5 milligrams of alcohol per millilitre of blood.

Finally in the centre of the country you’ll find Utrecht. Utrecht is very much a student city as the largest university in the country, Utrecht University, is based here. Because of this you can be sure of a lively nightlife in the city. During the day however it’s recommended you visit the Dom Church and Dom Tower as they are spectacular examples of Gothic architecture and also offer great views over the city.