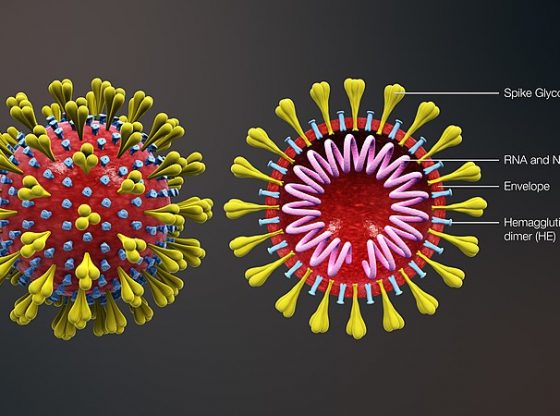 A study of unprecedented scale in Europe reports that men, the elderly and the poorest are among the populations at risk.

Who Dies from Covid-19? A statistical study of an unprecedented scale in Europe provides a detailed answer. Released online on May 7, these prelimiary results from the Opensafely project cover 17 million people living in the United Kingdom and offer an analysis of the risk factors for death. This scientific study has not yet been published in a peer-reviewed journal.

Of this very large cohort, 5,683 people died of Covid-19 in British hospitals between February 1 and April 25. The risk factors for mortality revealed by this study, carried out jointly by teams from Oxford, the University of Leeds, the National Critical Care Research Center (ICNARC) and the London School of Hygiene and Tropical Medicine, corroborate what practitioners’ observations and the results of other studies have already shown.

Men, the elderly, the poorest, those prone to uncontrolled diabetes or severe asthma are among the populations most at risk. The over 80s constitute more than 51% of deaths, the over 70s 79% of disappearances. 63% of hospital deaths were men (almost twice as likely to die from Covid-19 as women), 36% suffered from heart problems (twice as likely to die as someone without this health problem, same sex and same age).

Obesity is also an obvious risk factor – with body mass indexes (BMIs) over 40 almost three times more likely to die than a non-obese person of the same age and sex. Having a high BMI often reveals altered immune responses, a link to diabetes or hypertension – although the authors were surprised to find that the latter was not an additional risk.

The main information that emerges from this work is the major, almost exclusive, weight of age on the mortality of Covid-19. The High Council of Public Health had already set the threshold at 70 years to be considered as a person at risk of complications and death for Covid-19.

The over 80s thus present a risk more than twelve times higher than that of people aged 50 to 59, and 180 times higher than that of 18-39 year olds. Recent figures from the epidemic in France also show this. In its epidemiological point stopped on May 12 (26,991 deaths), Public Health France thus underlines that at least 84% of the deaths concern people having co-morbidities and at least 93% of the deaths are subjects aged over 65 years.

Even if age is a determining factor, explaining everything by age is not acceptable, given the weight of comorbidities. Despite the observation made at the UN General Assembly in 2011 and 2018, with the objective for 2030 of halting the progression of diabetes and obesity, no country has really made a commitment in this direction.

The British study also shows that belonging to an ethnic minority (BME category for “Black and minority ethnic”) is a risk factor: blacks are 1.71 times more likely to die than whites of the new coronavirus (age, sex and any other medical criteria otherwise adjusted), and Asians are 1.62 times more likely (in the United Kingdom, they are mainly of Indian and Pakistani origin).

This finding has sparked intense debate in the country, to the point that the Johnson government has committed to launching an investigation, led by the NHS, the national hospital system. Results are expected by the end of May. Associations representing the BME populations (19.5% of the British in the 2011 national census) claim that the latter be protected by specific official directives.

Krishnan Bhaskaran, professor of epidemiological statistics at the London School of Hygiene and Tropical Medicine, is one of the authors of the Opensafely study. “We have had access to data from general practitioners in an extremely wide range, and have been able to show that once the aggravating risk factors such as cardiovascular diseases, diabetes or obesity have been eliminated, BMEs still have 60% to 70% more risk of dying than white populations”.

The study does not answer the question of whether the risk of infection with Covid-19 is higher in these BME populations, or whether they are more likely to develop a severe form of the disease. There could be an additional risk linked to the jobs held by these populations. Many of them work in exposed positions: nurses, doctors, bus drivers, employees in supermarkets (in England, 13.1% of NHS staff do not have British nationality, 37% doctors have graduated outside the UK).

Some practitioners have raised the hypothesis of a genetic predisposition but for the time being, we do not have the data to establish such links. On May 7, the ONS, the British national statistics agency, for its part published similar results for BME, based on the deaths in England and Wales between March 2 and April 10. For the same age group and the same socio-economic environment, black men and women are still 1.9 times more likely to die from Covid-19 than whites. The risk factor is 1.8 times for men of Bangladeshi and Pakistani origin and 1.6 times for women of these same ethnicities.

“These are real life data in general medicine with an unequaled level of precision which we do not have in France, but this observational study has limits”, explains Philippe Ravaud, director of the Center for Epidemiology and Statistics Research (Cress, Inserm -University of Paris).

It is also necessary to take into account the intensity of the contamination, the delays to go to the hospital, with reservation on the discourse on risk factors because a very large fraction of the population is risk of developing a severe form of the disease.

This is a correlation study and no causality. In particular, some medical experts expressed doubts about the protective effects of tobacco observed in this study which are no doubt the consequence of incorrect modeling.

Several diseases of their model (respiratory, cardiovascular, cancer …) are themselves consequences of smoking, so it is always likely to be harmful in terms of risk of death. What about a possible effect of nicotine on the infection? For Professor Antoine Flahault, director of the Institute of Global Health at the University of Geneva, “There is an urgent need for studies on nicotine as a potential protective factor.