The truth about lucid dreams 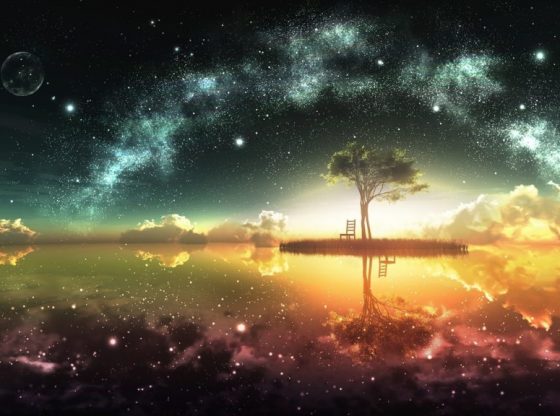 Can we be aware of our dream, or is it an illusion? Are there such things as lucid dreams?

There is no winning theory yet able to explain certain phenomena related to the dream.

The consciousness of the dream

Everyone has already felt this strange sensation. A person is dreaming and, strangely enough, knows it. Fully aware of dreaming, but prefer to continue living it, sometimes enjoying it more fully than when unaware of dreaming.

This is what researchers commonly call a lucid dream. Most of us have experienced lucid dreams, to varying degrees.

Some neuroscientists had the idea to determine whether it was indeed a dream or not, and, if so, during what period of sleep it takes place. In an experiment, they asked dreamers to signal when they were aware of dreaming while having lucid dreams.

A problem is while in the paradoxical (REM = rapid eye movement) phase, which is believed to be the sleeping phase when most dreams occur, we are practically paralyzed. So how to make a signal then? With the eyes, since they are the only parts of our body that can still move during the period of REM sleep.

Researchers and sleepers, therefore, agreed on a sign: when the sleepers started to dream, they would move their eyes up and down, for example, to indicate it to observers. And it worked: not only did these lucid dreamers remember that they had to indicate that they were dreaming, but they also managed to make an unequivocal sign while in the dream.

Later, when they woke up, they were able to relate their dream and estimate its duration, which generally corresponded to the actual duration of the elapsed time. The researchers could thus identify periods of lucid dreaming ranging from 2 to 50 minutes, which occurred in the majority of cases during REM sleep.

If we could observe this phenomenon, on the other hand, we do not know how to explain it scientifically as of today. All that can be said is that these dreams are often particularly realistic and full of emotions and sensations. The sleeper is able to reason, to make decisions. He usually keeps a precise memory of his dream upon waking.

The lucid dream theory is not unanimous, however. Many specialists consider that consciousness is put out of play during REM sleep: how, then, can we imagine being aware of dreaming? Some scientists believe that it is instead a way of prolonging the dream for pleasure when one is more or less awake.

Another scenario: a person wakes up vaguely in the middle of the night; he is aware of being in bed, probably between two sleep cycles but, all of a sudden, reality and dream seem to mix; his thoughts are irretrievably drawn to a dream.

Several researchers, particularly in the 19th and 20th centuries, have advanced a theory that has been repeated many times since the dream would take place after getting out of sleep, just when the organism is waking up. This dream would correspond to the return of perceptual capacities. The brain, still confused, would have trouble deciphering information, hence a false perception of reality: the dream.

Among the examples frequently cited to illustrate it, the experience of the author Alfred Maury: he tells of a revolutionary dream. Everything happens during the period of Terror after the French Revolution. Imprisoned, he was tried, then sentenced to the guillotine.

He saw the whole scene of the arrival on the public square and even recounted the fateful moment when he felt his head separate from his body! He woke up, of course in the moment, his heart beating, to discover that the arrow of his bed fell on his neck, like a guillotine!

The theory of lucid dreams also changes the situation a little. Some dreamers seem able to discern the moments when they are dreaming while they are deeply asleep. This goes precisely against the thesis that REM sleep is entirely unconscious.

According to dream expert Medium Christina, the stimuli of awakening are creating logical errors, which sets up some confusion in our minds. We could actually dream awake, but these are very brief moments, which happen, especially when you have been deprived of sleep for too long. We can then live fragments of dreams, which are moreover false perceptions of reality, sorts of illusions. Everything, therefore, depends on the definition we make of the dream.

This is a phenomenon that one can experience from time to time. As you fall asleep or slowly begin to fall into a dream, you suddenly feel like you are falling into a void. The sensation is dazzling; it often awakens with a start, in a sudden movement to try to catch up.

Without being able to say with certainty, it would seem that this phenomenon occurs at the moment when an episode of deep sleep begins, which is characterized by muscular atony. Suddenly, the brain disconnects from the muscles, interpreting this lack of information as a fall. As the body is not yet entirely paralyzed by muscular atony, the survival reflex prevails: one wakes up with the heart, which beats strongly and in general after a sudden movement to try to catch up.

Another interesting phenomenon: this time, it was your spouse who told you about your night. You got up around 3 a.m., you didn’t answer her when he or she asked you what was going on. You rummaged in the dresser, muttered something incomprehensible. Then you stubbornly tried to open the shutters and, failing to do so, you went back to bed. You have probably had a bout of sleepwalking: 10% to 20% of adults are victims of it.

This time, the phenomenon is clearly identified: it has nothing to do with the dream. It is called somnambulism.

In any case, our dreams remain, for the most part, uncharted territory. Modern science still has a lot to learn about them, but this research is essential. It could lead to breakthroughs in our understanding of how the brain functions.

Apps used to fight COVID-19
How to best treat Diabetes