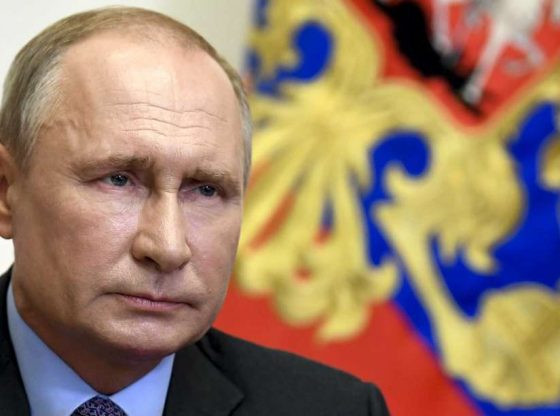 Entrenched in his bunker, the Russian president delegates to the regions, until now neglected, part of the management of the crisis.

In a Russia where the political scene is frozen to the extreme, the pandemic revives a moribund federalism. Never before, under Vladimir Putin, have the regions been put forward so much.

The first compulsory confinement measure was put in place on March 30 by the Moscow City Hall, quickly imitated by all of the 85 subjects of the Federation (oblasts, districts, republics, etc.). Until then, Vladimir Putin had only mentioned an unworked period with undefined contours and implications. On April 2, he ratified this state of affairs and formally took an ukase which left the regions to decide on the terms of confinement.

There is a logic there: Russia is large, and the situation varies from Kaliningrad to Vladivostok. The city of Moscow alone accounts for more than half of the contamination. The problem is that, for the past twenty years, the regions have unlearned to decide.

The vertical of power dear to the Kremlin has precisely consisted in obstructing regional powers and placing them under the exclusive domination of the center. The most significant step was taken in 2004. Taking the pretext of the hostage taking of Beslan (North Ossetia) by Chechen separatists, Mr. Putin suppressed the election of the heads of subjects (administrative entities) of the Federation.

This reform was partially defeated in 2012, but the selection criterion has remained the same: loyalty rather than capacity for initiative. At the same time, financial room for maneuver has been greatly reduced.

In reality, the powers available are sufficient to act in the face of the pandemic, to close schools, businesses … But the technocrats at the helm have the reflex of wanting to satisfy their superiors and, for that, not to report the problems . Illustration of this trend, the mortality rate linked to Covid-19. Very low at the national level, with less than 1%, it is even more so in the regions, where the tests are however less massive than in Moscow and the hospital infrastructures much less efficient.

Another problem, the heads of regional executives have not been given additional powers, as Mr. Putin had promised on April 2, but only more political responsibilities. On May 11, when he began the deconfinement, the president even mentioned the personal responsibility of regional leaders in these two fields which are so difficult to reconcile: the preservation of the health of citizens and the revival of the economy.

That same May 11, by announcing the end of the period not worked at the national level, Vladimir Putin did nothing but give a course, since the initiative of the deconfinement is left to the governors.

The result is twofold: in certain regions, including Moscow, which have already announced the extension of confinement, the presidential announcement has only virtual value; in the others, the leaders are cautious in announcing extensions for only two or three days, hoping to receive clearer instructions.

By the time Putin says that strategic companies can reopen, it is in reality everywhere already. Those around him may simply not dare to explain the details to him or why his advertisements do not correspond to reality.

Some governors will finally take the step of deconfinement. In a number of regions, the guidance given on May 11 results in an almost immediate decline in the increase in contamination, sometimes so linearly that this dynamic is observed with suspicion.

In addition to the issue of the flow of information and the well-known question of the President’s increasingly marked reluctance to take an interest in the details of current affairs, it is the question of the leadership exercised by Vladimir Putin which is asked.

This federalism put forward is only a facade. It’s a way for Mr. Putin to shirk his responsibilities. Otherwise, he would have given real financial means to the regions to support the economy, buy respirators.

Often, during crises, he does everything not to be associated with difficulties, even if it disappears from the screens.

Observers of Russian power recall a number of precedents, starting with the sinking of the Kursk submarine in 2000, which saw the young president disappear, or the gigantic fires of 2010, during which Mr. Putin blamed the governors for the powerlessness of the state.

Often, during crises, he even does everything not to be associated with difficulties, even if he disappears from the screens. In the case of the Covid-19, this is not entirely true. If he seemed little involved in the beginnings of the crisis, apparently more concerned with carrying out his constitutional reform, the Russians then saw him a lot.

But, with the exception of a single visit to a hospital, where he appeared strapped in a yellow full suit, it is a seated president who runs the country. Entrenched in his bunker, as social networks call it, Mr. Putin conducts long videoconferences broadcast in fake live. Symbolically, the discrepancy is striking with the image of brute force on which the president has traditionally built his image. Its approval rate has dropped to 59% – an enviable score for many Western leaders, but a historic low.

The vertical of power trembles, threatened at its very summit by chaotic conduct. The autocracy accepts the loneliness of the leader over his people, but expects them to be at the forefront, carrying the nation with their courage and vision. The leader loses magnetism and strength when hiding behind the scenes.