COVID-19 continues to cause disasters 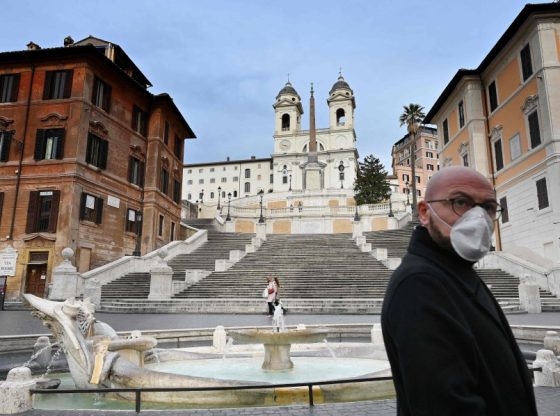 With the end of confinement and a beautiful spring sun, Italians inevitably return to spritz with friends and aperitifs on the terrace, raising the authorities’ concerns about a possible resurgence of the coronavirus epidemic, with a so-called wave two.

“Now is not the time for celebrations or movida!” warned Council President Giuseppe Conte. “During the current phase, it is more than ever necessary to respect the safety distances, and to wear masks when necessary,” he stressed Wednesday evening to local media, and again Thursday morning on the same subject in an address to the Senate.

After a deadly epidemic that killed more than 32,000 people, traumatized the population and brought the economy to its knees, the Peninsula has been gradually deconfining since May 4.

Italians are cautiously emerging from two months of strict confinement, eager to resume a somewhat ordinary social life. Monday, shops, cafes and restaurants were allowed to reopen, giving the country a semblance of normalcy.

Since then, throughout the Peninsula, from Turin (north) to Palermo (south) via Bari (south), many young people and revelers have reinvested, glasses in hand, the shaded terraces and paved squares with fountains that make the country’s charm.

In Italy, some businesses do not want to reopen

Aid deemed insufficient, vague directives, uncertain evolution of the epidemic or absent tourists: many Italian merchants, mostly restaurateurs, preferred not to reopen their doors despite calls to that effect from the government.

Deserted by their visitors, probably still for several weeks, the tourist cities of Rome, Florence or Venice are undergoing the full-blown crisis and even if the time of reopening has struck for them on Monday, their restaurants are reluctant to take up their iron curtain.

“For some small establishments, the rules are difficult to respect, the typical Roman trattoria (small restaurant) for example does not have much space and in this case ensuring physical distance becomes an insurmountable problem”, explains a spokesperson from a representative organization of small and medium-sized businesses. According to a survey published on Saturday, nearly 30% of traders (out of a million of establishments affected by the measure) said they did not intend to reopen on Monday.

It is much worse in Yemen

Doctors Without Borders was alarmed Thursday of the ongoing “disaster” in Yemen, where the Covid-19 pandemic spreads for lack of human and material resources, in a country ravaged by five years of war.

The humanitarian organization has made an urgent appeal to the United Nations and donor countries to finance its operations, pay health workers, provide them with personal protective equipment and buy respirators.

The death toll at MSF’s Covid-19 treatment center in Aden, the big city in the south where dengue, malaria and chikungunya are already raging, “indicates a bigger catastrophe” than official figures indicate, warns the NGO in a press release. “What we see in our treatment center is only the tip of the iceberg in terms of the number of infected and dying people in the city,” said Caroline Seguin, head of MSF programs.

People arrive at the center too late to be saved, and they know that many others do not come at all. Doctors Without Borders says that 173 patients were admitted to its center and at least 68 died in the first two weeks of May.

Yemen has been plagued by a deadly war since 2014 between the Houthi rebels, who control several regions of the country, and the government supported by the Saudi-led coalition.

All over the world every country is suffering differently from the pandemic, but one thing is sure: all countries are affected.