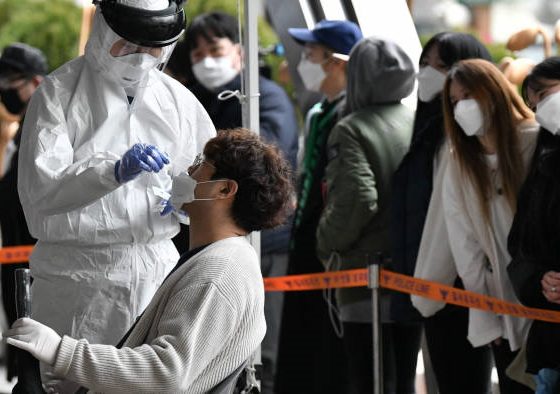 How to avoid the coronavirus epidemic from resuming when deconfinement is getting started? Like South Korea, China and Singapore, European countries have been working on smart phone applications identifying contaminated people and warning potential victims.

It requires monitoring patients and suspected cases on a daily basis, but also identifying potential victims if they came accross these patients during their dailylife, without being aware of it.

Singapore and South Korea have already opted for such applications a while ago. As privacy protection requires, this is based on volunteering, as people need to download the application on their phone in order to start getting monitored.

Note that people would not be identifiable or trackable via the GPS chip of their smartphone or the relay antennas, it is a question of identifying them anonymously in the eyes of the other people they will come across.

Singapore as a reference

In France, as in Germany or the United States for that matter, hectic governments are concentrating their COVID-19 efforts on the development of an application following in the footsteps of TraceTogether, as the Singapore app is called.

Bluetooth is the platform used for the identification system for patients and people at risk. As we know, the range of Bluetooth is a few meters, and when activated on phones, it allows you to see other phones, or any other connected device, around you.

In Singapore, this application thus allows a person to know if they have encountered an infected person, all anonymously. It is even retroactive: if a person is tested positive a posteriori, people who had met him a few days ago are warned, and invited to stay at home or to take a test.

The data is then erased after three weeks, as the purpose of this application is to identify contagion clusters and to contain them quickly. In Singapore and South Korea and, it has worked well so far. In fact, South Korea has only 11,541 cases as of today, i.e. just a small fraction of the figures endured by European countries.

As the TraceTogether developers have decided to make their application code open-source, other countries can use it too, free of charge.

The concern many human right organizations have regard the protection of personal data, in particular geolocation and contact details of the person. The advantage of Bluetooth is the entire process of tracking COVID-19 contamination can be completely anonymous, by just measuring the distances between users. This technology operates on nearly all mobile phones, without geotaging usrs.

In Asia, the smartphone is transformed into an electronic bracelet in some cases.

This initiative is not new in the face of the coronavirus crisis since South Korea, Russia or recently Israel have also chosen to take advantage of the geolocation of smartphones to follow the patients, and especially to monitor them. In Asia, it goes even further since the inhabitants have to install an application.

In Taiwan or Singapore, for example, the smartphone of a quarantined person has everything of an electronic bracelet since an application makes it possible to verify that he stays at home, and in the event of an infraction, the fine is steep and his name is exposed to the general public.

In China, each city has its own application, and the inhabitants must take their temperature every morning and give information on their state of health. Once on the street, the authorities scan their smartphones, and the data is recorded and identified. This is obviously what some associations fear in Europe, but Europe ensures that everything will remain anonymous.

As for the WHO, it plans to create its own application which provides advice, but also allows a person to know the rate of patients in his district or region.

Does COVID-19 threatens Putin
The truth about lucid dreams